Alrowad kicks off the digitization of Ethiopia’s judicial system

In line with the strategic direction of the government in the UAE and in support of the wise leadership of the country to achieve sustainable development and security in Ethiopia, Alrowad IT Solutions kicked off the digitization of Ethiopia’s judicial system in a recent ceremony held in Addis Ababa.

The flagship project will enable the 56 federal and local entities under the Ethiopian judicial umbrella benefit from the integrated national information system and infrastructure to serve more than 100 million people living in Ethiopia. The project will also meet the increasing demands for statistical data, police and prosecution information systems, courts, penal and correctional institutions as well as other judicial authorities. 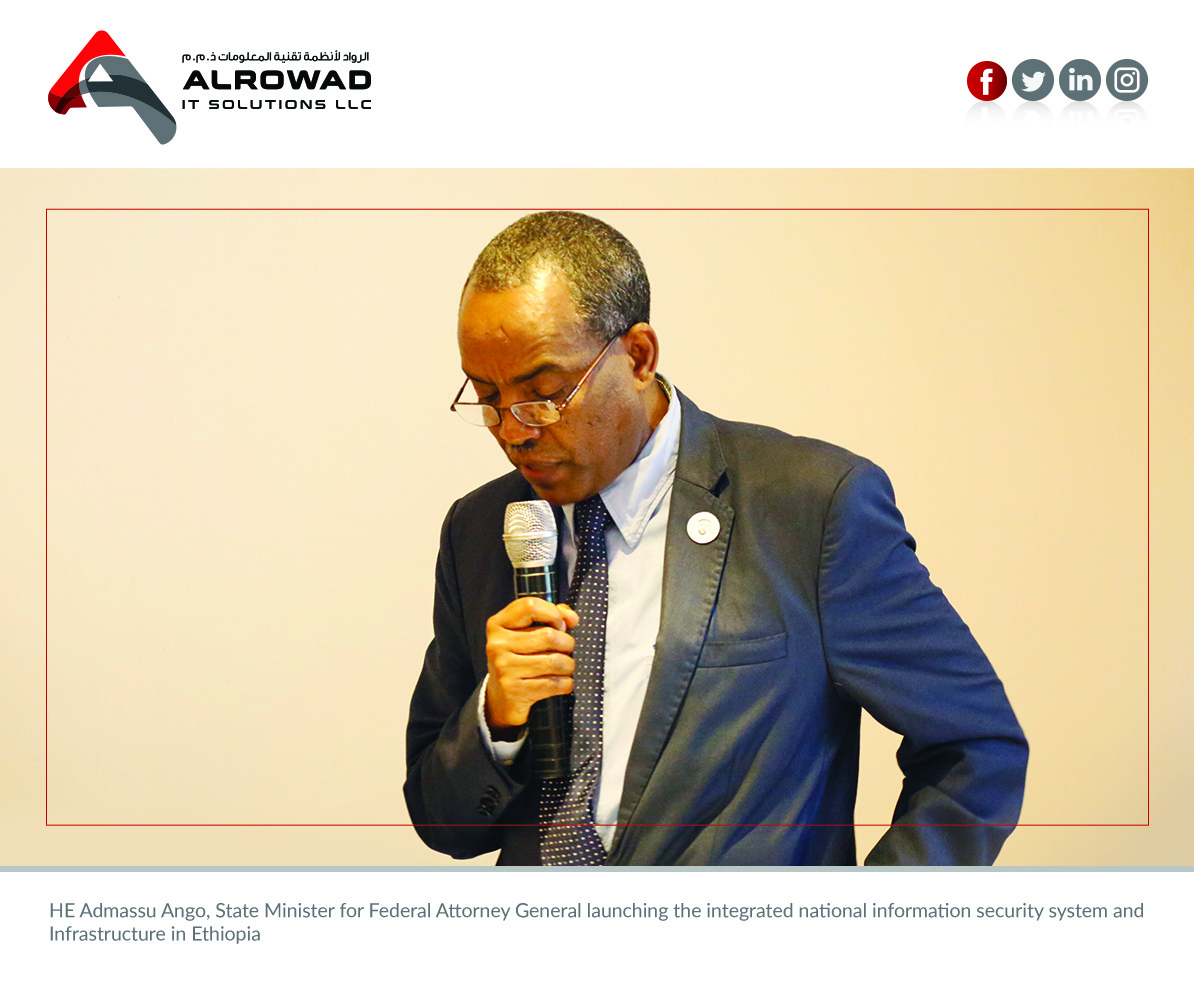 The project was kicked off on 14 August 2018 in Addis Ababa in the presence of HE Admassu Ango, State Minister for Federal Attorney General as well as officials from Sharia courts, judicial and police and representatives of the consortium led by Alrowad. In recognition of the role of the wise leadership of the UAE and as a symbolic celebration for the kick off ceremony, Alrowad IT Solutions representatives distributed the “Year of Zayed” pins paying tribute to the founding father of the UAE following his footsteps to support the development and knowledge transfer to third world countries. The consortium of Alrowad IT Solutions with ISYX Technologies & AFRICOM was awarded the digital transformation of the judicial system contract last April in a ceremony held at the office of the Attorney General in Addis Ababa.